This hulking brick building which stands at 27 Broadway Street in Toledo is an historic landmark known as the Oliver House. An unconfirmed legend says that Abraham Lincoln slept here. If he did, it was not long after the place was built, in 1859. During the Spanish-American War, wounded soldiers were tended to in the upstairs rooms. In its early days it was one of Toledo’s premiere hotels, overlooking the Middle grounds, a railroad hub, immigration center, and marketplace. In the basement you’ll find a brew pub known as Mutz, pictured above and reviewed in an Independent Collegian article here. (The article also mentions the ghost stories and briefly cites Forgotten Ohio.)
One room in particular at the Oliver House is said to be haunted: the Pool Room. A ghost called “The Captain” has been seen here in full uniform. He also appears in a certain hallway. During renovation the ghosts were particularly active. And it turns out Oliver House was built on top of that old favorite, an Indian burial ground.
DESCRIPTION and HISTORY:
The Oliver House. This is oldest building in the downtown Toledo, which has been beautifully restored and revitalized to be economically viable; able to raise monies needed for its upkeep and to make a profit.
The Oliver House Hotel was built by a wealthy enterprising sea captain, William Oliver, and designed by Isaiah Rogers, who became known as the “father of the modern hotel.” Aimed at a higher class clientele, the hotel offered first class accommodations for the time, including private rooms, indoor plumbing, gas light, and steam heat. This premiere Toledo Hotel had a fine view of the “Middle grounds, a railroad hub, immigration center, and marketplace.”
After 40 years as serving as a hotel, the building was past its prime, and was sold to a new owner who turned the building into a rooming house in 1900. In its 20th century existence, this building also became home to a factory, probably during World War 2, commercial and office space, and a coffee shop. Sometime during its existence, it also became a flop house, probably during the depression years.

During the 1980s, part of the building was used as a studio for bands.
In the early 1990s, Michigan transplants James and Patricia Appold fell in love with this now woe-be-gone fixer upper opportunity. They spent the money to not only restore this historic building’s architecture and décor, but also in renovating its structure into a place for businesses and living spaces which put the building effectively to work. The Oliver House building was converted into apartment lofts, meeting rooms, restaurants, pubs and Maumee Bay Brewing Company, located on the second floor, and in the basement.
HISTORY OF MANIFESTATIONS:
The land upon which the hotel was built was an Indian burial ground. An addition which was added in 1965 was built on top of the bones of an Indian warrior chief, whose grave was inadvertently dug up by a construction crew. They simply reburied the bones and went about their business. When current owners bought the building, they tore down the addition to make way for a new renovation project, the bones were again discovered. They called in the local Indian authorities who did a sage and tobacco ceremony to calm the spirit.
This building was the dream child of an enterprising sea captain, who built this high class hotel for the elite and business classes, putting his heart and soul into this enterprise. Guess who was delighted in the renewal and renovation of his building in the 1990s?
During the Spanish American War, wounded soldiers were brought by train and either recuperated or died in the Oliver House Hotel’s second floor rooms, which were turned into a hospital of sorts. The basement may have been the make-shift morgue.
For a short period of time, perhaps during The Great Depression, the hotel had hit rock bottom, becoming a flop house which had plenty of drama, perhaps including a murder or two. Renovation and restoration can sure stir up the spirits in a building.
MANIFESTATIONS:
The entities first became really active when the Appolds began to renovate and restore this grand building. The entities made their presences known to the living. The entity known as the Captain — Is described as a benign, jovial spirit who is happy with the results of the renovation, and probably enjoyed a good beer while alive. A psychic who had an office in the building, would have to go down the staircase to the dark, creepy basement to use the bathroom. One day, he saw the transparent, stocky entity of the Captain in the hallway near the stairwell (now an elevator shaft), who seemed pleasantly surprised that the psychic could see him. After that, the psychic felt a protecting presence whenever he had to use the facilities. The Private Dining Room — formerly the lobby of The Oliver House. The good-natured Captain likes to hang out in the old lobby area, checking out his guests and the servers, who work in this area. The floor boards creak under the weight of an unseen presence. Doors open and close by themselves. They also become stuck for no apparent reason. People get chills and feel cold spots in this room. People feel an unseen presence watching them. The Pool Room — Located in the Basement.

During the first few years that the Appolds opened up the pub-restaurant, their daughter and son-in-law helped to run the business. When the daughter was in the private dining room, she heard a cheery disembodied voice calling her name, coming from the half-finished pool room, located directly below the private dining room area. The living has reported seeing the Captain, dressed in his full uniform, enjoying the game of pool being played.
Other Entities in the building:
The Staircase: Traditionally, a favorite way to get chuckles at the expense of the living! The entity of a lady — she could be from any period of time, but most likely during the building’s earlier history because she was wearing mid to late 19th century/early 20th century attire. Dressed in a long green dress, she was seen coming down the steps of the second floor staircase, scaring a delivery boy’s socks off! Footsteps of an unseen male presence — perhaps this is an entity of a soldier who had died in the building. A brick layer, while working on the building during the 1990s renovation effort, fixed up an apartment in one of the units, where he could stay during this work endeavor. When going up the various staircases to get to his room one evening, he heard the heavy footsteps of an unseen male presence following up after him, which would stop when he stopped and continued when he did. He made a hasty bee-line into the apartment. Perhaps this is an entity of a soldier who had died in the building, checking him out, in need of some chuckles!
Basement — Psychic Chris Woodward felt a lot of uneasy, unhappy energy here, left over from some traumatic experiences of the past, which could of come from disgruntled Indian spirits, soldiers, or the flop house experiences.
STILL HAUNTED? Yes indeed! The good Captain is still the building’s unseen and seen host, keeping a fatherly eye on the living. Other unknown entities exist comfortably with the living. While activity has calmed down, most of the entities are still here. Hopefully, the Indian chief who was buried under the outer building and the other disgruntled Indian entities found some peace from the ceremony performed by their Indian descendants 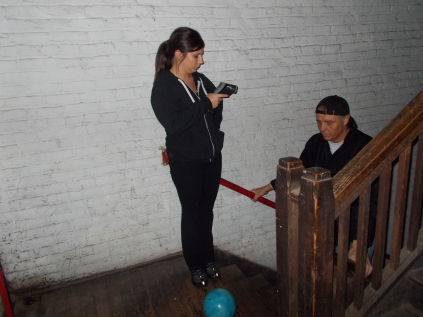 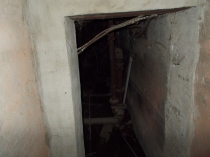 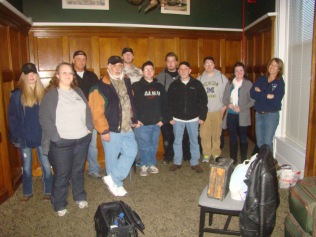 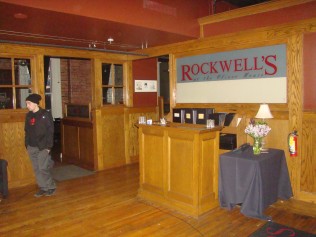 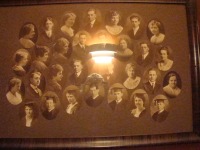 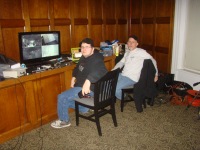 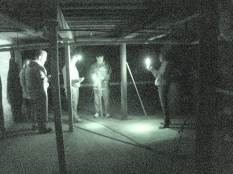 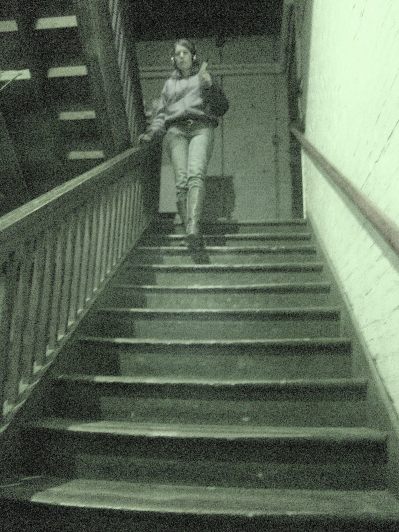 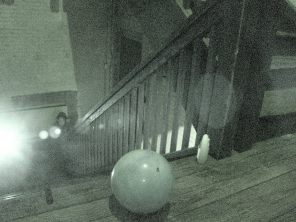 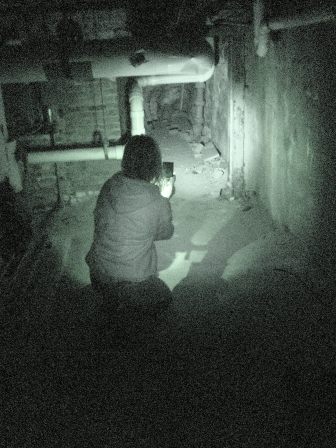 This entry was posted in Oliver House, Uncategorized. Bookmark the permalink.